190грн.
На складе: нет
Код товара: 22820018t
Her beauty has proved timeless—should we be surprised? Equally graceful whether moving or standing still, blessed with a balletic poise, luminous dark eyes, and an exquisite profile a queen might envy, Audrey Hepburn would no doubt have become famous in her youth even if the movies hadn't found her—simply because no self-respecting camera could resist her. What sets her iconic beauty apart now, for us, more than a decade after she's quit the stage of this life, is that her physicality is oddly secondary. Her extraordinary good looks merely halo a still-living smile.

Cool comforts in the Catalonian capital

Angelika Taschen has selected a delectable range of hotels and hotspots for your stay in Barcelona, from the Hotel Neri in the Gothic district to the modern and minimal Hotel Omm with breathtaking views of Gaudí's Casa Milà; to the Casa Camper, a quirky and multicultural smoke-free hotel in the former prostitute quarter run by the famous Spanish shoe makers. She also tells you where to taste the best tapas and innovative Catalan cuisine as well as where to check out contemporary art exhibitions and the best markets. 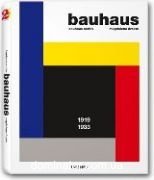 226грн.
На складе: нет
Код товара: 22850022t
The Bauhaus Archiv Museum of Design in Berlin holds the most important
collection on the Bauhaus today. Documents, workshop products from all
areas of design, studies sketches in the classroom, and architectural
plans and models are all part of its comprehensive inventory. The
Bauhaus Archiv is dedicated to the study and presentation of the
history of the Bauhaus, including the new Bauhaus in Chicago and the
Hochschule f&uuml;r Gestaltung (Institute of Design) in Ulm.

1 090грн.
На складе: нет
Код товара: 22814451t
Berlin has survived two world wars, was divided by a wall during the Cold War, and after the fall of the Wall was re-united. The city emerged as a center of European power and culture. From 1860 to the present day, this book presents the story of Berlin in photographs, portraits, maps, and aerial views. With , from giddy pictures of the Roaring Twenties to devastating images of war to heartwarming postwar photos of a city picking up the pieces-the Reichstag in ruins and later wrapped by -this is the most comprehensive photographic study on Berlin ever made. More than a tribute to the city and its civic, social, and photographic history, this book especially pays homage to Berlin's inhabitants: full of hope and strength, in their faces is reflected Berlin's undying soul.

Glamorous in the Roaring Twenties, destroyed during World War II and divided afterwards, rebuilt in the 1950s, and now reunited, Berlin is a city of vibrant contrasts where diverse cultures form a multihued urban fabric. Derelict former Communist neighborhoods have been reincarnated as haunts for artists and designers while elsewhere the city's old traditions are also still very much alive.

226грн.
На складе: нет
Код товара: 36500395t
You can feel like a true Berliner thanks to the insider’s tips in this handy guide. From the best Currywurst stand to the coolest place to grab a cocktail and all the best places to sample fine Berlin cuisine, these are truly priceless pointers.

226грн.
На складе: нет
Код товара: 36500418t
Go traipsing through Berlin and be sure to catch all the most trendy, original, and traditional shops with this guide to the best the city's shops have to offer. Whether you're a fan of avant-garde fashion or old-fashioned handmade items - or both - we've got all your bases covered. As always, we also suggest perfect places to grab a bite or relax with a refreshing drink while on your shopping spree.

A unique world full of pathos, poetry, humour and enchantment

Marc Chagall, who died in 1985 at the age of 97, was without doubt one of the greatest artists of the 20th century. In his paintings he created a unique world full of pathos, poetry, humour and enchantment, drawing on vivid memories of Vitebsk, his birthplace and childhood home in today`s republic of Belarus. He was clearly influenced by Byzantine and Russian icon painting and folk art, but wished his own mythologigal floating figures and symbolism to be interpreted freely.

190грн.
На складе: нет
Код товара: 22820056t
Charles Chaplin’s Little Tramp is the supreme icon of motion pictures—still recognized and loved throughout the world, more than 90 years since he first burst on the screen. The shabby little figure—with derby hat, too-tight jacket, oversized boots and pants, dandified bow tie, and swagger cane—seemed to symbolize the hopes and fears, defeats and optimism of all humanity. Chaplin’s own biography was a rags-to-riches story that saw the product of a destitute childhood in Victorian London become one of Hollywood’s first millionaires and the owner of his own studio before he was 30. His supreme gift was to transform his experience and knowledge of the human lot into comedy, for which his invention and skill have never been surpassed.

190грн.
На складе: нет
Код товара: 22820049t
“I was one of the people who took the hero further away from the white hat. In A Fistful of Dollars, you didn’t know who was the hero till a quarter of the way through the film, and then you weren’t sure; you figured he was the protagonist, but only because everybody else was crappier than he was. I like the way heroes are now. I like them with strengths, weaknesses, lack of virtue.”—Clint Eastwood

Design of the 20th Century

226грн.
На складе: нет
Код товара: 22840788t
Poised at the start of the 21st century, we can see clearly that the previous century was marked by momentous changes in the field of design. Aesthetics entered into everyday life with often staggering results. Our homes and workplaces turned into veritable galleries of style and innovation. From furniture to graphics, it`s all here - the work of artists who have shaped and recreated the modern world with a dizzying variety of materials.

190грн.
На складе: нет
Код товара: 22816127t
Robert Doisneau (1912-1994) is best known for his magical, timeless 35mm street portraits taken in Paris and its suburbs. Fresh, unstaged, and full of poetry and humor, his photographs portray everyday people (in everyday places, doing everyday things) frozen in time, unwittingly revealing fleeting personal emotions in a public context. Doisneau`s gift was the ability to seek out and capture, with humanity and grace, those little epiphanies of everyday Parisian life. This book traces Doisneau`s life and career, providing a wonderful introduction to the work of this seminal photographer.

593грн.
На складе: нет
Код товара: 14000569plkn
This volume of a series, focussing on the basic elements of architecture delivers a very close insight into the divers possibilities of designing doors. The door is the most essential component of a house. It is both a seperating as well as an adjoining element and permits entering from an external area to the private interior. This book presents over 80 projects showing exceptional designs of doors and entrances of shops, hotels, private houses, museums and many other spaces all over the world. An index with contact information of the designers and architects is enclosed

820грн.
На складе: нет
Код товара: 14000365plkn
No country inspires as much fascination as Italy, and no region in Italy inspires as much adoration as Tuscany—for its interior design, art and architecture, fashion, artisans and crafts, food and wine. In Dreaming of Tuscany you'll experience the essence of a place that dreams are made of, ensuring you'll get the most out of your experience. Sharing her recommendations of favorite insider places and word-of-mouth gems, best-selling lifestyle author Barbara Milo Ohrbach acts as a guide to food markets, exquisite shops, overflowing antiques markets, not to mention cooking courses, outdoor painting classes, ancient palazzos and small museums. And you can live like a Tuscan once you return home, with this book providing sources for everything from luscious bed linens to peppery olive oil. Dreaming of Tuscany is illustrated with three hundred sumptuous images by photographer Simon Upton. Don't dream of visiting Tuscany without first reading this book 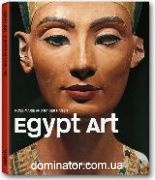 Treasures from the ancient land of the Pharaohs

The art of ancient Egypt that has been handed down to us bears no names of its creators, and yet we value the creations of these unknown masters no less than the works of later centuries, such as statues by Michelangelo or the paintings by Leonardo da Vinci. The present volume introduces a series of such masterpieces, ranging from the Old Kingdom, or the 3rd millennium B.C., to the Late Period in the 9th century B.C. The works in question are sculptures, reliefs, sarcophagi, murals, masks, and decorative items, most of them now in the Egyptian Museum in Cairo, but some occupying places of honor as part of the world cultural heritage in museums such as the Louvre in Paris, the British Museum in London, the Egyptian Museum in Berlin and the Metropolitan Museum in New York.

298грн.
На складе: нет
Код товара: 22844175t
Though her work has often been overshadowed by that of her peers such as Le Corbusier and Marcel Breuer, Irish designer, lacquer-artist, and architect Eileen Gray (1878-1976) is now widely recognized as a designer of great talent and individuality. She first excelled in the exacting craft of lacquer, creating screens, panels, furniture, and objects of technical virtuosity and poetic strength. Eileen Gray then developed an interest in architecture, designing two houses, “E-1027” (completed 1929) and “Tempe a Pailla” (completed 1934) in the south of France, which are seminal examples of the spirit of the Modern movement. This book analyses and illustrates the full range of her furniture, interiors, and completed architectural projects.