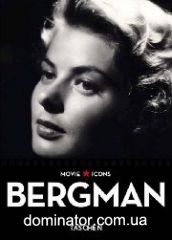 Характеристики
Оформление заказа
190грн.
Код товара: 22822081t
На складе: нет
Рейтинг:
Оплата
Доставка
Скидки
Ingrid Bergman was more than the luminous image of healthy sensuality that intoxicated audiences worldwide during and immediately after World War II in movies like Casablanca, Gaslight, Spellbound and Notorious. In later life she found continued film success with Anastasia, The Inn of the Sixth Happiness, Indiscreet, and Autumn Sonata. She was also a ferociously ambitious actress who played Strindberg, O’Neill, Cocteau, and Maugham on the stage to great acclaim, as well as a woman who found the most lasting sensual experience to be found in the response of an audience rather than any individual husband or lover.

About the author:
Scott Eyman, Books Editor of the Palm Beach Post, is the author of Ernst Lubitsch: Laughter in Paradise, The Speed of Sound: Hollywood and the Talkie Revolution 1926-1930 and Print the Legend: The Life and Times of John Ford, among others. He lives in Palm Beach, Florida.
Есть вопросы по этому товару?
Вы можете задать нам вопрос(ы) с помощью следующей формы.
Идет добавление товара в корзину...