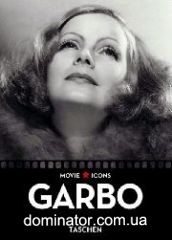 Характеристики
Оформление заказа
190грн.
Код товара: 22822098t
На складе: нет
Рейтинг:
Оплата
Доставка
Скидки
Greta Garbo’s uniquely photogenic beauty belies her great talent as an actress, as her performances in Queen Christina and Camille prove. A hint of a Garbo smile, touch, or glance conveyed volumes. She was languid, distant, and melancholy, yet in her love scenes she conveyed a passion and hunger that startled audiences and overturned American notions of eroticism and sexuality. Part of her fascination, too, is the mystery of her private lives and loves: “I want to be alone,” she insisted, but she remains the world’s divine woman.

About the author:
David Robinson is a critic and historian of long experience. He was successively film critic for The Financial Times (London) and The Times (London). His books have included Buster Keaton, Hollywood in the Twenties, World Cinema, From Peepshow to Palace and the definitive Chaplin: His Life and Art. Robinson is currently director of the Giornate del Cinema Muto (the Pordenone International Film Festival), the most prestigious festival dedicated to film history.
Есть вопросы по этому товару?
Вы можете задать нам вопрос(ы) с помощью следующей формы.
Идет добавление товара в корзину...